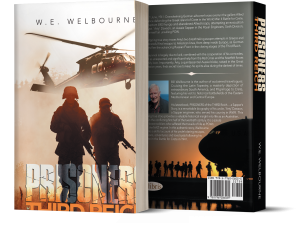 This gripping true story traces Arty’s two breathtaking escape attempts in Greece and his successful final escape to American lines, from deep inside Europe, as German soldiers flee the advancing Russian Front in the closing stages of the Third Reich.

Arty’s survival is largely due to luck, combined with the cooperation of his comrades, as well as unexpected and significant help from the Red Cross and the heartfelt forces of family love. Importantly, Arty, a quintessential Aussie bloke, raised in the Great Depression years, finds secret love to keep his spirits alive during the darkest of times. 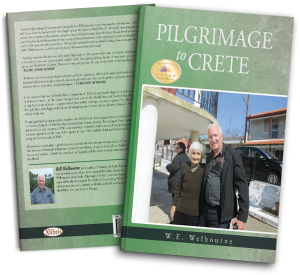 At the outset of the Second World War on September 1, 1939, young Aussie ‘diggers’ are rushed to assist Britain in its hour of need – to the nearest European war zone in the Middle East and North Africa. My Uncle Arthur, young ‘Arty’ is one of these – a sapper with 6 years militia training as an army engineer. The ANZAC forces sweep through Libya, from Egypt to Benghazi, defeating superior numbers of heavily armed Italians – the first Allied land victory of the war.

Ill-equipped and lacking promised supplies, the ANZACs are then inappropriately redirected from North Africa to Greece to help the Greeks face the overwhelming German advance. Retreating to Crete, Arty is captured in the Battle of Crete and becomes a POW. I am motivated to visit the conflict zones of Gallipoli and to follow my uncle’s wartime exploits from the time of his capture in June 1941 until his third and final escape from a German work camp in Czechoslovakia in 1945.

Modern day travel makes it possible to visit not only the more recent wartime scenes of Central Europe, but also to visit the sites of classical civilizations to discover the history, art and cultures of the Mediterranean. Accompanying me on my journey is Avril who was born in England and has vivid wartime memories of the conflict from her childhood. 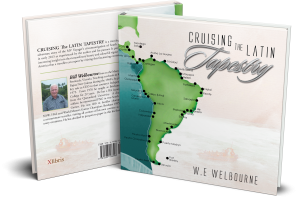 Cruising the Latin Tapestry is a travelogue and adventure story of the MV Voyager’s circumnavigation of South America in early 2013 as experienced by the author and his partner. It provides an interesting insight into the extraordinary beauty and colorful vigor of Latin America that a traveler can expect by visiting this fascinating continent.